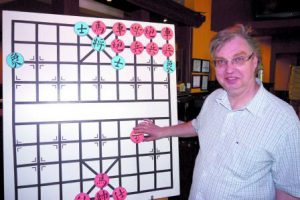 There was a great turnout at our May 21 press conference for the upcoming World Champions Challenge Exhibition Games, and we thank our distinguished guests as well as Toronto’s leading Chinese newspapers for their support. And we thank Star King Viet Thai Cuisine, which provided a lovely venue and a great lunch.

The exhibition takes place on Sunday May 27 at New Kennedy Square – all are welcome to come and watch!

Here are links to stories that have appeared in Toronto’s Chinese press:

Here is an English-language digest of the press coverage:

Co-organized by the Toronto Xiangqi Association and Scarborough Seniors Chess Club, the World Champions Challenge Exhibition Game will be held on the May 27th of this month (Sunday) 12:00 noon at the central lobby of the New Kennedy Square. There will be special programs including Singing and the “Chess and Life” speech, following by government officials, community leaders and guests on the opening ceremony. 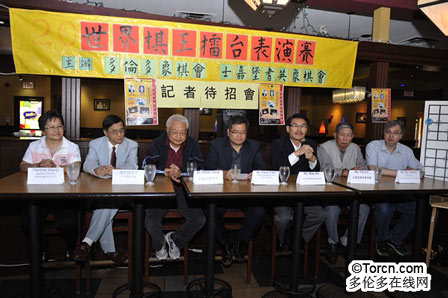 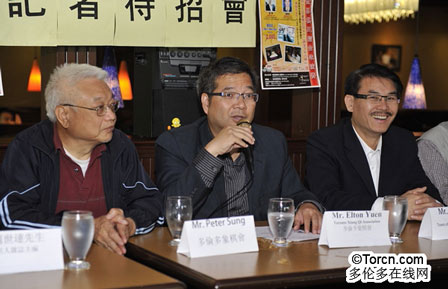 The Toronto Xiangqi Association has held the Toronto Open Tournament every year for over 30 years, and participates in the World Xiangqi Championships every two years. The Toronto Xiangqi Association has won many times in the Canadian and North American Xiangqi Championships. Local players have been playing China’s top players since the 1980s, but the last Chinese Team visit to Toronto dates back to 1998.

GM Lu Qin has won the Chinese National Championship 5 times, and the Chinese Team Championship 12 times, as well as the first World Mind Sports Games team title, and the World Championship individual and team title five times. Lu plays a key role as both player and coach for the Guangdong team. He is known for his tenacious playing style, quick reactions and sharp attacks. GM Lu will battle against 18 Toronto players at the same time.

GM Lu’s 18 challengers are open to public and the registration is already fully booked with many additional requests on waiting list since the news come out. Elton Yuen said he will inform GM Lu when he arrives and ask for possibility of additional participating players. Any local players who beat or draw the GMs will get cash and prizes worth more than $2000. 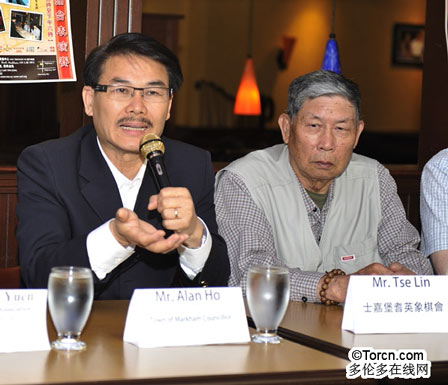 Markham City Councilor Alan Ho, on behalf of  Markham Mayor Frank Scarpitti, attended the press conference. Alan said Xiangqi is part of Chinese culture, and that he has been involving and supporting Toronto’s Xiangqi activities for the past 14 years. 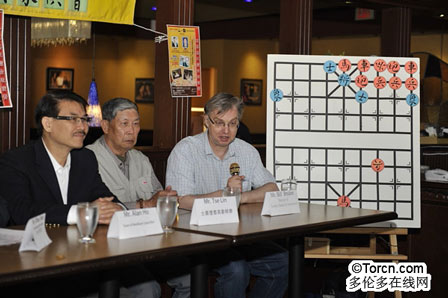 Toronto Xiangqi Association director Bill Brydon attended the press conference. Bill is a Chess and Xiangqi enthusiast and he has represented Toronto at the World Championships three times. In the 1999 World Championships, Bill ranked fifth in the non-Asian Competition. Bill said he likes Xiangqi. It is a good opportunity to make friends and he has met a lot of Chinese friends.

Bill will battle GM Xu with three other Toronto Champions. When asked about this game, Bill said: “These top level GMs are too strong, I just want play a good game.”