Orillia and Toronto to lock horns in Xiangqi team championship

Toronto and Orillia are set to square off in the first ever team championship between the two cities.

The six round match, called the “New Mong Kok Cup Inter-City Xiangqi Championship” will be held on 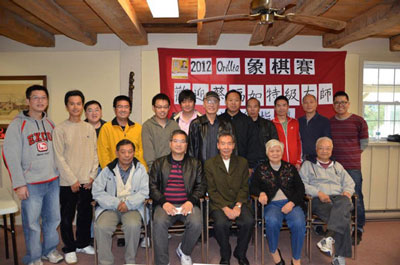 Each team will be comprised of six players, and each player will play all six members of the opposing team. Three rounds will be held in each city. 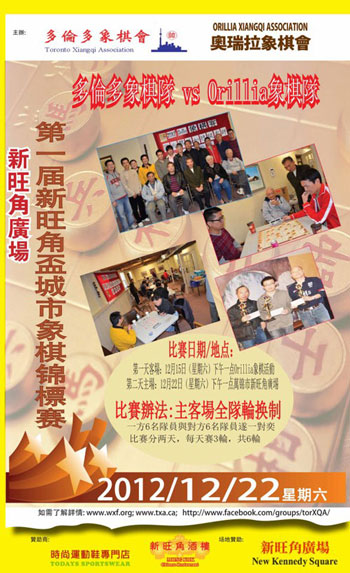 The Orillia Team will consist of:

The Toronto team will consist of: