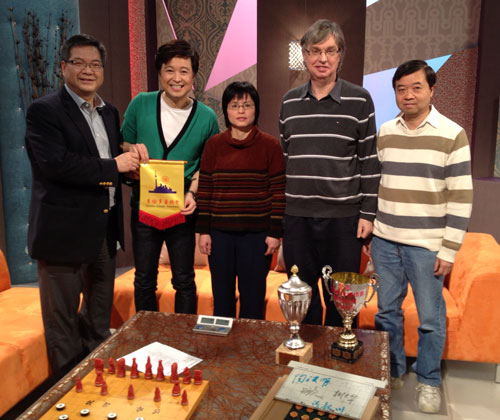 The invitation came in recognition of the TXA’s 25th anniversary. Elton described our ongoing efforts to promote Xiangqi, as well as our past accomplishments. Huang YuYing, discussed her illustrious career, including winning the 1995 World Woman’s Championship. I told the story of how I first learned the game and paid tribute to my teacher, Ban Lo.

The show will air on Wednesday April 24 at 6.10 p.m. We are grateful to Fairchild TV for extending the invitation.

This entry was posted in Past News, TXA News and tagged Fairchild TV, Huang YuYing, Stephen Fung. Bookmark the permalink.