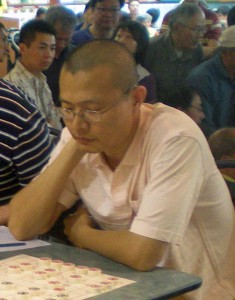 The first Toronto Xiangqi Open was held in 1978, 35 years ago. It’s annual tradition, jointly organized by the TXA and the Scarborough Seniors Chess Club. In recent years, it’s been held at the TXA’s home base, New Kennedy Square.

The Toronto Xiangqi Open is open to all. Prior registration is welcome, or just drop by on the first day of the tournament. The entry cost is free for members and $10 for non-members.

The top four finishers and the top senior player will be rewarded with trophies and prizes. Award presentation will take place on Aug 18 evening during our 25th Anniversary Celebration Dinner. 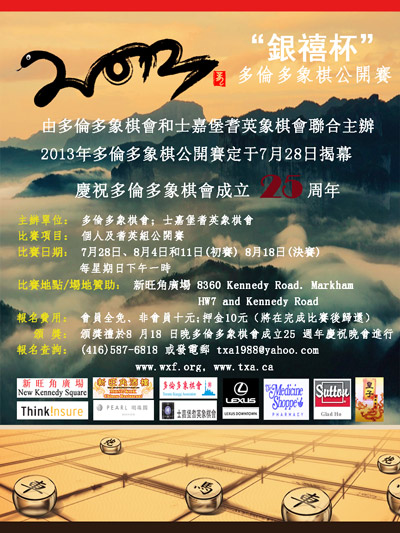 This entry was posted in Past News, Toronto Championships, TXA News and tagged Scarborough Seniors Club. Bookmark the permalink.