Mark Wang WeiQiang (王伟强) is the winner of the “Silver Anniversary Cup,” giving him his third straight Toronto Open championship. It is a feat accomplished only once before, when the legendary Nguyen Phuc won in 1997, 98 and 99. 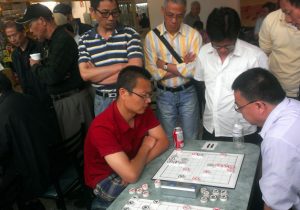 To do it, Mark had to come from behind in a tough four-game match against Zheng Ziwei (郑志伟), who himself has emerged as one as one of Toronto’s best players. Zheng settled for second place. Third went to 2010 Toronto champion, Lin Shixiong (林世雄), who defeated Wang Hongwei (王紅偉), an impressive newcomer to our club.

The two matches took place on August 28 at New Kennedy Square in Markham. After they were over, the Toronto Xiangqi Association’s 25th anniversary was celebrated at a gala banquet with more than 400 attendees.

The full results of the matches are as follows:

These were the top four players from a seven round Swiss tournament that finished on August 21. The entire tournament was jointly organized by the Toronto Xiangqi Association and the Scarborough Seniors Chess Club. Below is a gallery of images from the “Silver Anniversary Cup,” and below this, the cross-table from the Swiss tournament. 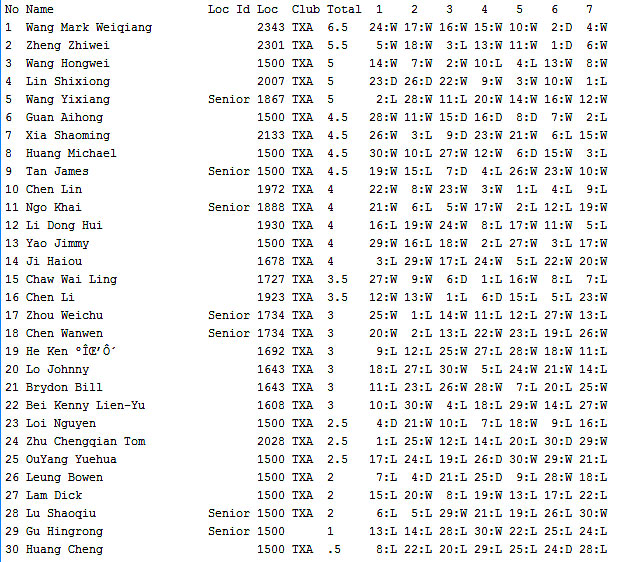