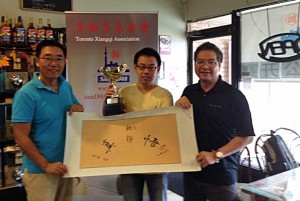 The speed Xiangqi tournaments we have held in 2013, unprecedented in our history, have turned into a “Grand Prix” competition.

The top eight prize winners will square off in December to determine an overall champion. Our fourth tournament, which took place in Barrie on September 29, added two more names to the list.

Richard Li YaChao 李亞超, Toronto champion in 2009, won the tournament with a near perfect score. TXA Vice President Paul Ng 吳嶽林 was first runner-up and the only player to draw with Richard. 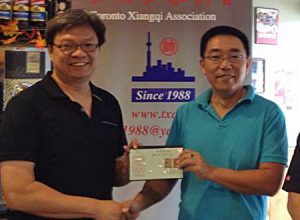 It was Paul’s first tournament since … I don’t know when. We’ll have to keep him playing now.

Guan Aihong 關靄洪 edged out Jimmy Yao 姚建華 for second runner-up. Guan has a chance to qualify for the December final, depending on the result of the November tournament.

Special thanks to Marty’s Coffee Bistro for providing a wonderful venue for our event.

Congratulations to all the prize winners, and thanks to all who made the trip to Barrie. The table below gives the full results of the Barrie tournament. The full results are at the bottom of this post. 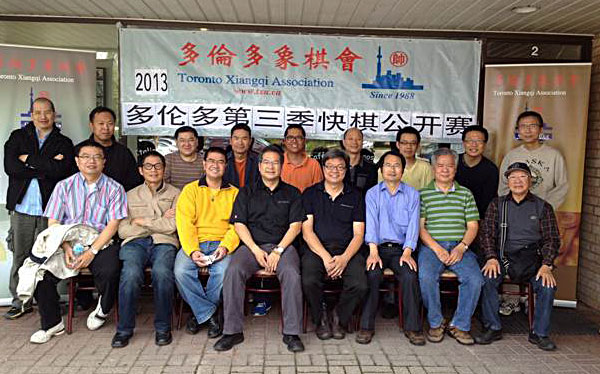 This entry was posted in Past News, Speed Xiangqi, TXA News and tagged Li Yachao, Paul Ng. Bookmark the permalink.