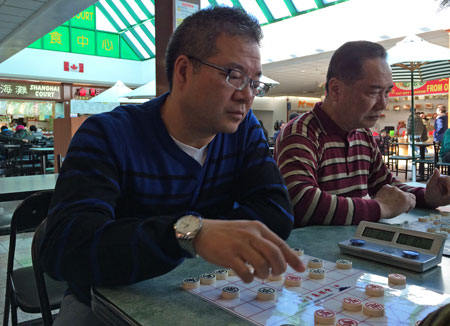 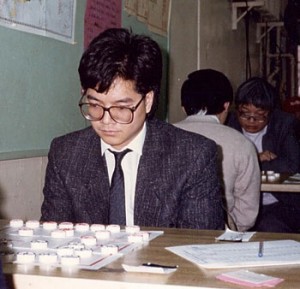 Elton Yuen during the 1987 Toronto Championship

The Winter Season running of the Toronto Speed Open was our fourth speed Xiangqi tournament of the year. It was held on November 24 and organized by the Toronto Xiangqi Association and the Scarborough Seniors Chess Club. It was held at and sponsored by the New Kennedy Square Mall in Markham.

Shanhang Zhang 張善行 took second place on tie-break after tying with Li Chen 陳利. Both scored 5/7 and qualified along with Elton for the championship final on December 22. This will be a 7 round round robin (10’, 10”) and will likely be held at New Kennedy Square. Watch this site and our Facebook page for final details.

The full results of the tournament are in the table below. Updated tables showing the top prize winners from all four of this year’s speed tournaments and the qualifiers for the Dec 22 final can be seen further down or in this earlier post. 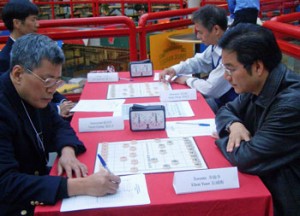 Elton Yuen at the 2004 Canadian championships

The Winter speed tournament was Elton’s first serious competition since he stepped in during the 2004 Canadian Championships in Vancouver. It was also his first victory in a tournament held in Toronto. His previous best result was second in the 1983 Toronto Open, 30 years ago!

Elton may have surprised himself, but not necessarily others. Those who have known him for many years have always considered him to be a stronger player than he let on.

Two-time Toronto champion Paul Ng 吳嶽林 began the resurgence of veterans in September when he finished second in our Q3 Toronto Speed Open. 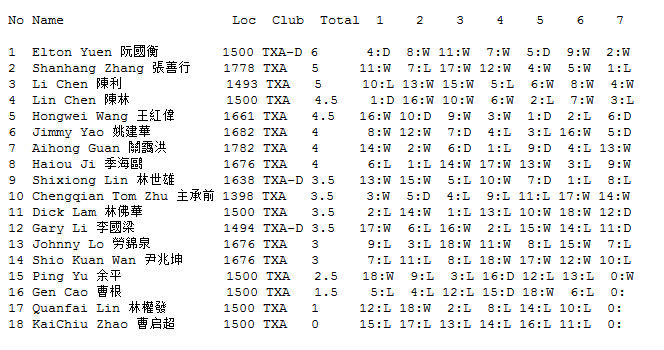 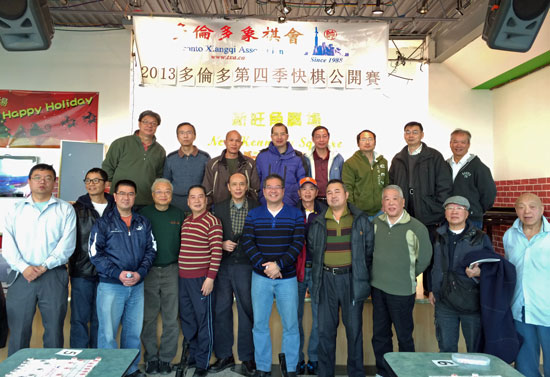