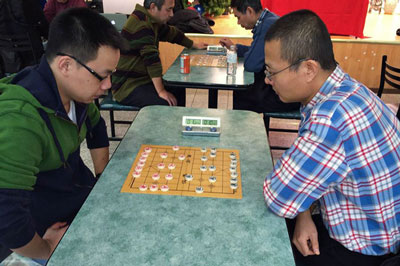 The tournament took place on December 22, the day after a major ice storm blacked out half a million people in the Greater Toronto Area and made driving treacherous. Two qualified players couldn’t make it, and as a result, three substitutes entered the tournament (Paul Ng 吳嶽林 had previously dropped out). Xia was one of these substitutes.

Up-to-date tables that show the results of all of this year’s speed tournaments and the list of qualifiers can be found in this post and also below. Above these are a gallery of pictures of the tournament.