Jimmy Yao wins first speed open of 2014; the next tournament will be in May

Our first speed xiangqi tournament of 2014 went to Jimmy Yao 姚建華, who finished with an impressive six wins and one draw in seven games.

A full two points behind him was a log-jam of five players. The runner-up prize went to Wang Hongwei 王红偉, who finished fourth in the 2013 Toronto championship.

The tournament took place on February 16 at New Kennedy Square. It was jointly organized by the Toronto Xiangqi Association and the Scarborough Seniors Chess Club. Below are the cross-table and final standings.

Both Yao and Wang qualify for the eight-player speed final, to be held in December. Yao played in our 2013 final; it will be Wang’s first such appearance.

Congratulations to them both, and my apologies for not posting this information sooner.

Our 2014 speed tournaments will follow the “grand prix” system we introduced in 2013: four seasonal opens followed by a championship final in December – which hopefully will not take place during an ice storm.

In the spirit of optimism that characterizes our club (and after the coming of the Lunar New Year), the February tournament represents “Spring.” The schedule is as follows:

Watch for the exact dates on this site, and perhaps more reliably, on our Facebook group. 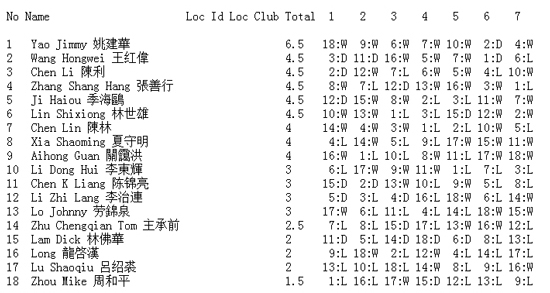 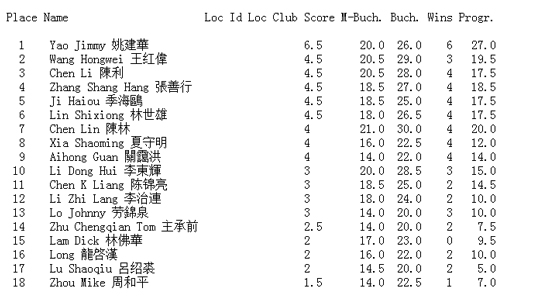 This entry was posted in Past News, Speed Xiangqi, TXA News and tagged Jimmy Yao, Wang Hongwei. Bookmark the permalink.