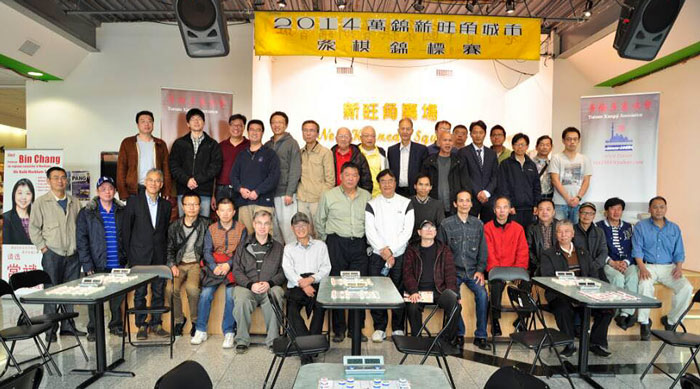 The Greater Toronto Area’s first ever regional team tournament was a thriller: five teams were in close contention, and the advantage changed with every round, at times, with every game. When the dust had cleared, three teams had seven out of a possible ten match points (two points for a win, one point for a tie).

The winning team was Whitby/Owen Sound, with 13 out of a possible 20 points for games (two points for a win, one for a draw). The team was made up of three of the GTA’s top players: Jimmy Yao 姚建華 (third in the 2014 Toronto Championship),  Guo Lei 郭磊 (fifth in the 2014 Toronto Championships) and Aihong Guan 關靄洪 (third in one of our 2013 speed tournaments).

Second place went to Stouffville/Willow Springs Winery, which scored 12 game points. This team really punched above its weight, and deserves to be congratulated. It was led by TXA Director and winery manager, Sheridan Huang 黃振發, who stepped in and played to a draw in the final round, helping his team to win this match. It was anchored by another of the GTA’s top players, Xia ShaoMing 夏守明 (third in the December 2013 speed final). 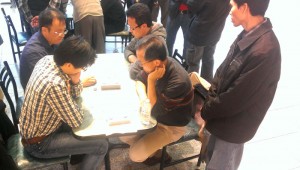 The Montreal Confucius Institute beat Whitby Owen Sound in the last round and snatched third place. Montreal’s players attended the TXA’s silver anniversary in 2013, and drove to Markham together for this event, bringing delicious wine for the post-tournament dinner. We hope they will be regular participants in our tournaments.

Two powerful teams failed to win prizes. A Vietnamese team representing Toronto’s Downtown Chinatown seemed set to win the tournament after two rounds, but lost to Whitby/Owen Sound in Round Three and then to Markham/New Mongkok in the last round (a tie would have won them the tournament). They finished fourth, with six match points and 13 game points. They were led by Kem Lam (林慶) and included Trinh Duc (鄭德) and Billy Lam.

The tournament’s biggest surprise was the poor result of Markham/New Mongkok (representing the New Mongkok Restaurant and New Kennedy Square) which brought together Mark Wang WeiQiang 王伟强, winner of the last four Toronto championships, and TXA VP Paul Ng 吳嶽林, a two-time Toronto champion. Four straight ties left them too far behind to win a medal.

This meant that all of Toronto’s recent champions finished back in the pack. North York, which included 2010 champion Lin ShiXiong 林世雄, finished eighth. Orillia only had 2009 champion Richard Li YaChao 李亞超 for two rounds, and finished tenth.

The tournament was the brainchild of TXA president, Elton Yuen, who was visiting Thailand when it took place. As one player put it, “Elton is riding on an elephant while we’re here playing the elephant game!”

The tournament took place at New Kennedy Square in Markham on October 11 and 12 (Thanksgiving weekend). It was jointly organized by the TXA and the Scarborough Seniors Chess Club. Markham mayor, Frank Scarpitti, participated in the opening ceremony.

With Paul Ng playing for Markham/New Mongkok, TXA founder and VP, Peter Sung, was left as the sole tournament director. As always, his great patience and expertise left us all in his debt.

Below is a gallery of images from this event. Click on any one to enter the gallery. You can scroll through using the arrows and leave the gallery by using the little “x” on the left. 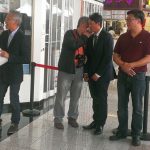 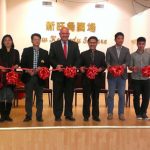 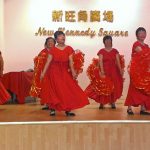 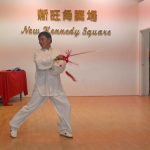 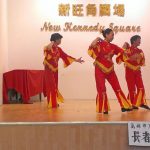 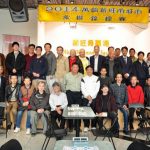 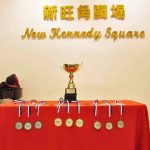 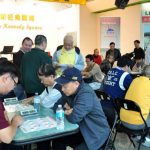 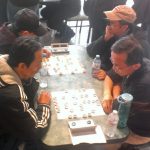 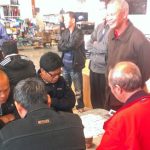 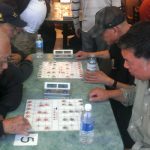 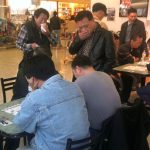 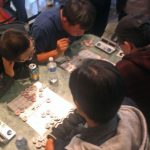 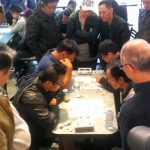 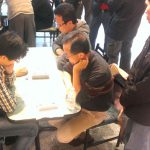