The Canadian Xiangqi Federation website has a page with the games of the Elite Cup in viewable form.

In October of 2018, the Toronto Xiangqi Association hosted an international team tournament in Markham. This alone was one of the greatest achievements in the history of our club. The crowning glory was the victory of Canada’s national team. 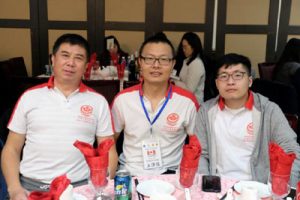 We covered the event poorly in English at the time, for which I apologize. This post is to address that. Chinese language coverage can be found at wxf.org.

The “2018 Elite Cup 3d World Xiangqi Team Open” was the third team tournament of its kind to be held by the World Xiangqi Federation. It took place on October 6-8 2018 in the Edward Hotel in Markham. There were eighteen teams in the open tournament and four teams in an associated women’s tournament. 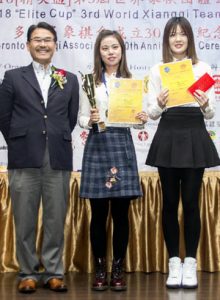 The open tournament was a seven round Swiss tournament with three players on each team. The teams came from Wenzhou in China’s Zhejiang Province, the Philippines, Macau (which gamely competed with two players as its star player, Cao YanLei, could not get a visa), two teams from Germany, three teams from the US, and ten teams from Canada. These included teams representing Vancouver, Quebec, Montreal and different parts of the Greater Toronto Area.

In other words, many strong Toronto players, both Chinese and Vietnamese, had the chance to compete in an international tournament. This was one of the best aspects of the event.

Canada’s team was made up of Chen HongSheng of Fujian Province, currently residing in Canada, Toronto’s established top player, Wang Weiqiang, and Chi Xinde of ShanDong Province, who was visiting Canada. Under the rules, each team was allowed to add one player from outside its jurisdiction.

Canada tied China-Wenzhou in the fifth round and defeated the powerful New York in the sixth round to take control of the tournament. Chen, Wang and Chi all became International Masters.

Both Chen and Vancouver’s Chen JianGuo won all seven of their games. The illustrious veteran Lei KamFun of Macau won six games and drew one.

China-Wenzhou settled for second, and very impressive team of students from the US came third. The full results can be seen below.

The women’s tournament took the form of a round robin involving teams from Hangzhou in Zhejiang Province, Chengdu in Sichuan Province, the Philippines, and Canada. The Canadian team was comprised of Huang YuYing and Dorothy Yuan, both of Toronto. The tournament came down to a dramatic show-down: in the third round, Chengdu and Hangzhou tied their match with one win apiece, and then Liang Yuting of Chengdu defeated Zhang Xuanyi of Hangzhou in a speed chess game to win the tournament. 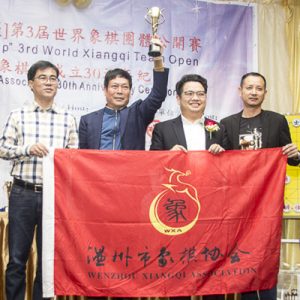 Huang YuYing is one of Canada’s most illustrious players, the former winner of the Chinese and World women’s championships, the Canadian team and individual championships, and three Toronto championships. Although in this tournament she struggled, her participation represented a link to the past. The only other time Canada has won an international team championship was the legendary first ever international Internet team tournament in 1996, when Huang struck the key blow in the deciding 1:0 victory over the US – 22 years ago! 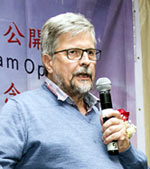 The participation of two German teams in this event was a much valued showcase for “non-Asian” players. They were led by Michael Nägler, president of the European Xiangqi Federation, and long time architect of the German program. The German players were pitted against Toronto’s top players and acquitted themselves well. One of the event highlights was Karsten Hoffarth’s victory against the grandmaster Zheng XiMing, one of Toronto’s greatest ever players.

The second German team needed a third board, and Bill Brydon and Elton Yuen’s student Jason Ding took turns. Jason played well; I did not, but the experience was very gratifying. 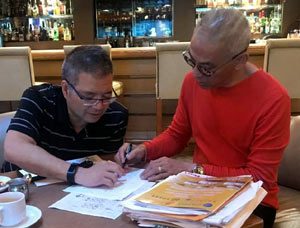 Elton Yuen and Bowen Leung of the organizational team

On the evening of October 7, the non-Asian players were further showcased in a speed tournament sponsored by the Chinese Xiangqi Association. This was won by Joep Nabuurs of Holland, who was playing with Germany 1.

As always, the tournament was wrapped up in a festival. This mostly took place at New Kennedy Square, the Toronto area’s unofficial xiangqi headquarters. Along with a great deal of casual play, exhibitions were given by the Chinese grandmasters Zhao Xinxin and Jiang Chuan, both of ZheJiang Province.

The final banquet was held at the Mongkok Chinese Restaurant in New Kennedy Square, and doubled as a celebration of the 30th anniversary of the Toronto Xiangqi Association. The dignitaries in attendance included the mayor of Markham, Frank Scarpitti, as well as Markham councillor, Alan Ho, both long time supporters of our club.

The Canadian Xiangqi Federation website has a page with the games of the Elite Cup in viewable form.

Below are the results of the Elite Cup 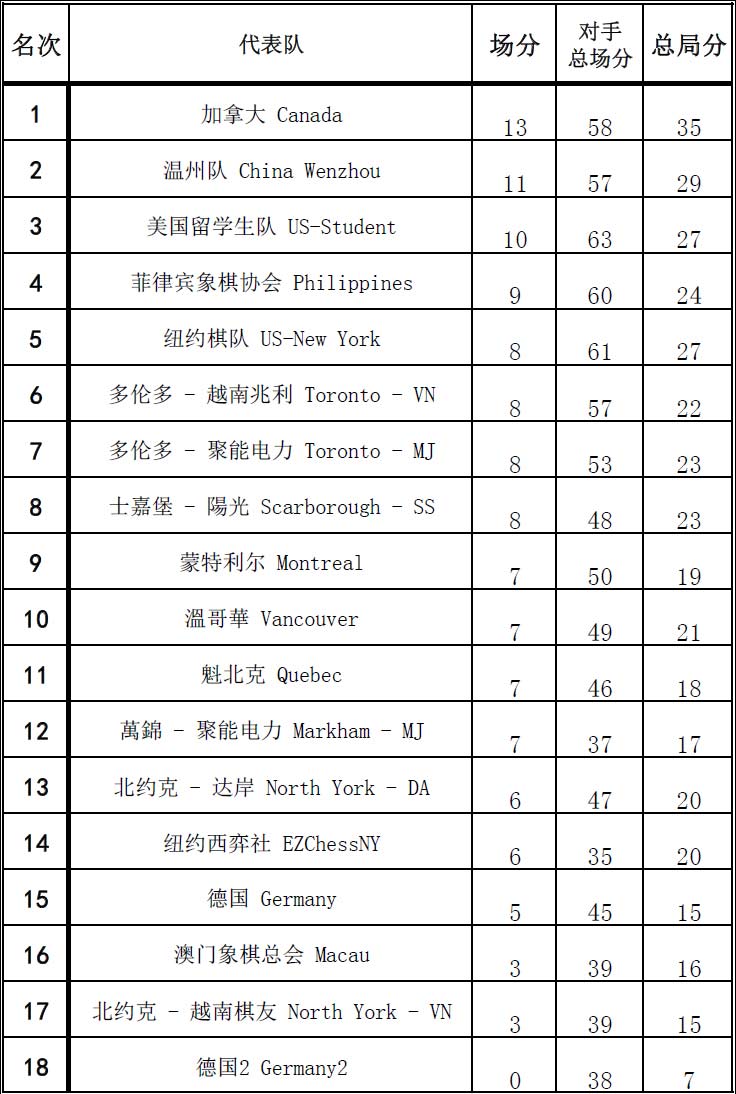 Results of the open tournament 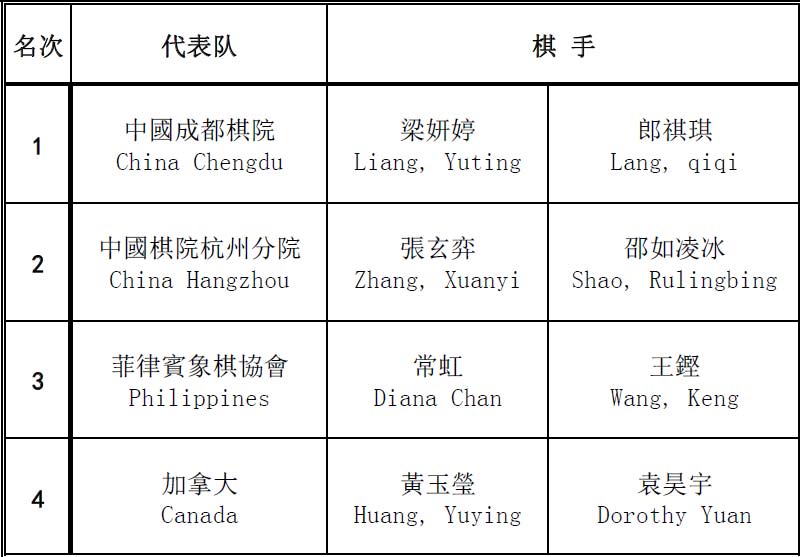 Results of the women’s tournament

This entry was posted in TXA News, Xiangqi News. Bookmark the permalink.