The World Xiangqi Championships begin in Vancouver on Monday October 7, and before they begin, Vancouver’s organizational team is holding no less than three weekend warm-up tournaments.

The 2019 Delson Cup America Xiangqi Individual Open is comprised of an open tournament that started today and concludes on Sunday, and youth and women’s tournaments that take place tomorrow. The venue is the Lansdowne Shopping Centre in Richmond BC. 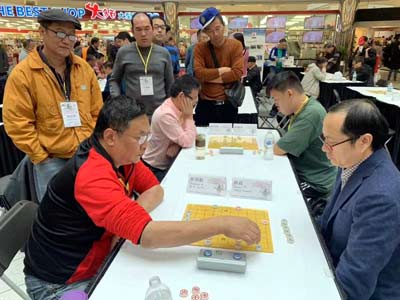 Mou Haiqin of New York vs. Lin Sen of Richmond during Round One

This weekend’s open tournament will be a six round Swiss followed by a playoff. Separate open and American champions will be crowned. The women’s tournament and the youth tournament take place on Saturday. The player lists for all three tournaments are below.

Players competing in the world championships are not eligible for these tournaments. Accordingly, Chen HongSheng and Wang Weiqiang, who played for the team that won last year’s Elite Cup, have not yet left Toronto, and will be going straight to the world championships. Chi Xinde, the third member of that team, will not be playing in either tournament. 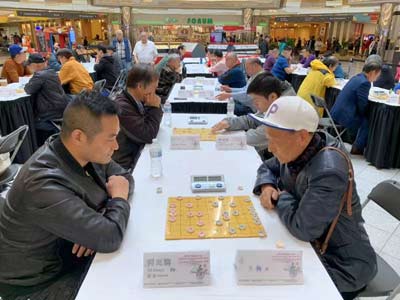 He Zhaoju of Shunde (near Guangzhou) vs. Feng Wang of Richmond

Chen HongSheng comes from Fujian Province and is eligible to represent both Canada and China. He was the surprise runner-up in the 2018 Chinese individual championship. If he had won that tournament, he would be representing China and not Canada in the world championships.

The four players representing Toronto in the Delson Cup include two former Toronto champions: Zheng Ximing, a past winner of both the Canadian and North American individual championships, and Li Yachao who in 2014 teamed up with Ximing to win the North American team championship.

Chen Jianguo of Hangzhou, who played for Vancouver in the Elite Cup and won all seven games, is playing in this tournament and therefore not in the world championships. 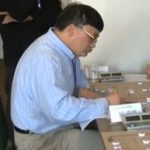 At the time this post was written, Li Yachao, HU Yushan and Toronto’s Fang Yue were tied for first place with six points – three wins in three rounds. Zheng Ximing had five points, and Mou Haiqin and Oscar Peng were among those with four points. 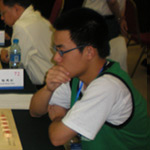 Players will soon be arriving for the world championships. It has been confirmed that the last two Chinese individual champions will be representing China: Wang Yang of Hubei Province (who beat Chen Jianguo in last year’s final), and the 2017 Chinese champion, Xu Chao of Jiangsu Province.

Tang Dan of Beijing will be seeking her fourth world women’s championship, having won three out of the last four.

An article in Chinese about the players coming to the world championships has been posted on the Canadian Xiangqi Federation website. 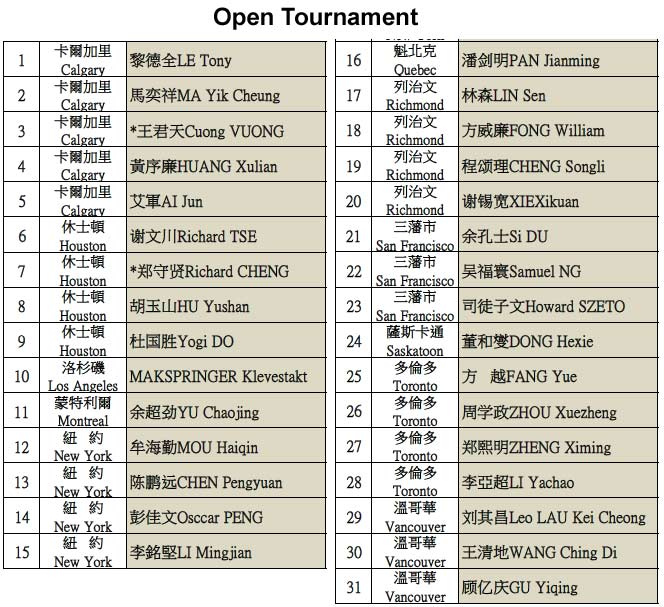