As the World Xiangqi Championships were about to begin in Richmond BC, the American Xiangqi Individual Open produced a remarkable quadruple upset. This is not the outcome that Toronto Xiangqi fans were hoping for. 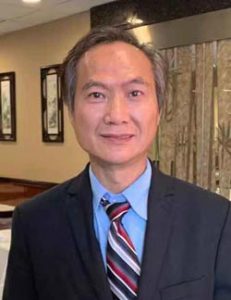 Between October 4 and 11 the Vancouver Xiangqi Association held no less than nine international tournaments at two venues in Richmond, BC. Nothing like this has ever been done before in North America.

By an unofficial count, 119 players from 15 countries took part in the nine tournaments. The organizers are to be greatly commended.

The Delson Cup was hosted by the Lansdowne Shopping Centre in Richmond BC. The main section of the American Individual Championships took the form of a six round-Swiss tournament followed by a series of knockout rounds for the top eight players. 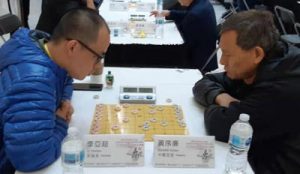 The first six rounds produced a beautiful sight for the Toronto Xiangqi Association. Three of our players were topping the field of 38. There was high excitement on WeChat.

The first knockout round was played on Saturday evening. The top four finishers all had the advantage of playing Red. If the first game was drawn, the match continued with speed games. 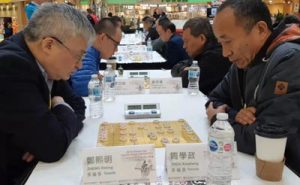 Zheng Ximing (L) vs. Zhou Xuezhang, both of Toronto

All four leaders lost. On WeChat, excitement turned to despair. Li Yachao lost to Chen Pengyuan of New York. Zheng Ximing first drew and then lost to Makspringer Klevestakt of Los Angeles. Fang Yue lost to Si Du of San Francisco, and Hu Yushan lost Yogi Do, who is also from Houston.

The knockout rounds continued on Sunday, even as players began arriving for the world championships. When the dust had cleared, the little-known Makspringer Klevestakt had won the tournament, Yogi Do was second and Si Du was third. They won US$3,600, US$2,000 and US$1,400 respectively.

Chen Jianguo of Hangzhou topped the Open Group – in other words, he was the top non-American, and won $2,400. The total prize fund for the event was $20,000.

The women’s tournament was won by Jia Dan of New York, took home US$500. As her world championship opponents were to find out, she was just getting started. Nguyen Tan Phat of Vietnam won the youth tournament and $300. 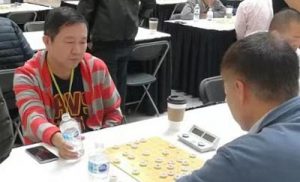 The players were not required to write down their moves, so game records will not be forthcoming.

After the tournament, Zheng Ximing commented on the tournament via WeChat. “Instead of one or two groups as in past American Individual tournaments, there were four groups this year,” he told me, “This shows that Xiangqi promotion has made good progress.”

But he pointed out that game records were not kept, and said that the use of speed games after a game is drawn is “not favourable to the older players.”

From Cần Thơ to Los Angeles

A few days later, I was able to speak to Makspringer Klevestakt by phone. He originally comes from Cần Thơ in the south of Vietnam; his father was Chinese and his mother was Vietnamese. He has been in the US for 40 years. He has a cousin in Germany, and so took a German name when he immigrated.

He stopped playing Xiangqi for 35 years, but recently entered the Los Angeles championship: “I guess I was lucky, I won.” In addition to Xiangqi, he has also played chess in the US.

In Vancouver, he felt sick on the first day and could only manage a draw, a win and a loss. After that he won all his games.

When asked how he was able to beat Zheng Ximing in the first knockout round, he said Zheng played conservatively and eventually launched an attack that he was able to neutralize. The game was drawn, and Zheng made a mistake in the speed game.

When I asked which was his best game in the tournament, he said the first. He got into trouble, lost a piece, and was able to draw the game.

He told me he expects to play in more tournaments now that he has more time. 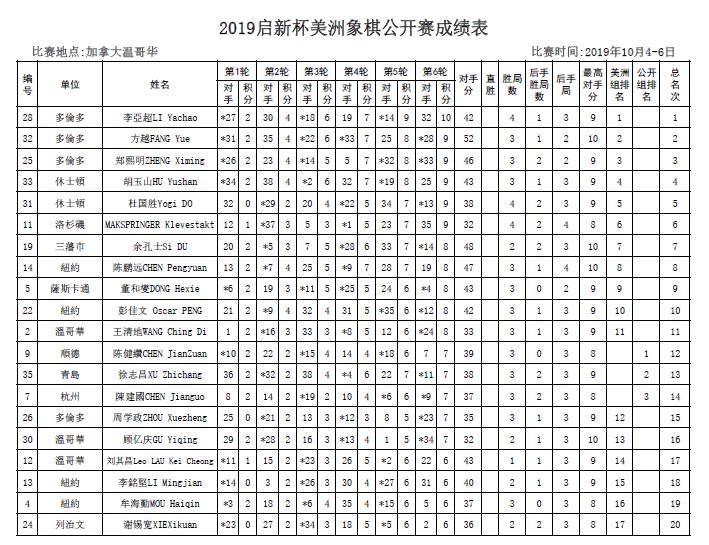 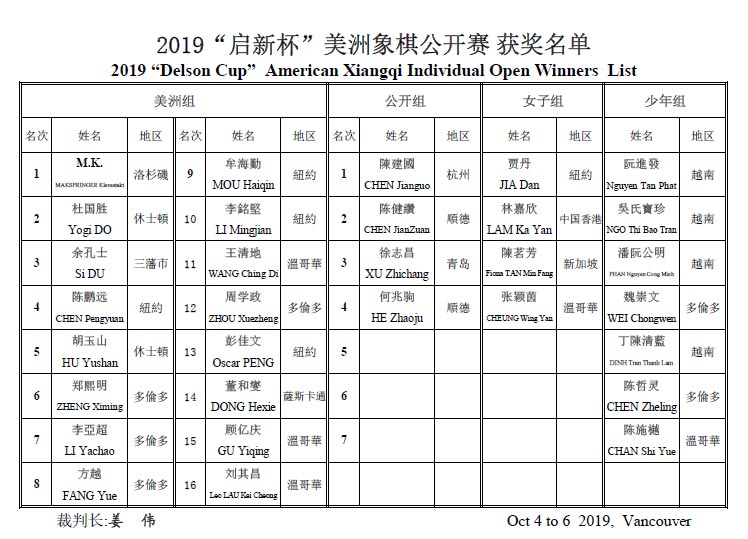