The world women’s championship produced possibly its biggest upset ever. Tang Dan of Beijing, winner of three previous world championships, was beaten by Jia Dan of the US. 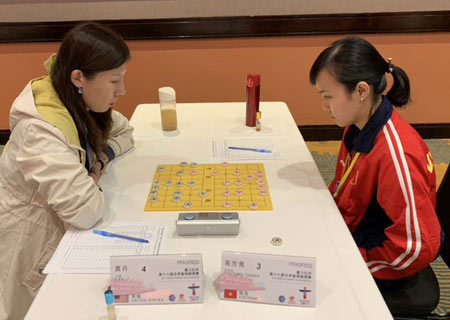 Each had won all her games in separate round robin sections followed by a semi-final game. In the final show-down and playing Red, Jia used just the sort of aggressive opening my teacher Ban Lo told me to use when I was learning Xiangqi. She allowed a dangerous looking black pawn to cross the river, but broke through in the centre and won with violent tactics.

Peter Sung, founder of the Toronto Xiangqi Association and former world championship competitor picked this as one of the two top games of the event. (The other was the upset victory by Wong Hok Him of Hong Kong over Grandmaster Wang Yang of China.) He told me: “I believe it is a very old variation where it is easy (for Red) to get a draw… It’s possible that Tang Dan is not familiar with that variation and made a few mistakes. The US player played beautifully. Every key point is so great.”

All the games in the world championship senior tournaments can be found on the World Xiangqi Federation website, including Jia Dan’s win over Tang Dan (“W-Final 1-2” at top left). 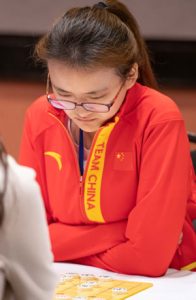 The tournament took place as part of the Prored Cup World Xiangqi Championships at the Executive Hotel Vancouver Airport in Richmond BC between October 7 and 11. Eleven players took part. Full results are shown below.

Cao Phuong Thanh of Vietnam defeated Jee Xin Ru of East Malaysia to take third place. The distribution of prize money was US$3,000 for the first place finisher, $2,000 for second, $1,200 for third and $800 for fourth.

Jia came into the world championships all warmed up. She had just won all her games in the women’s tournament that formed part of the Delson Cup. So her victory over Tan Dang was her tenth in a week. Surely this is a distinctive feat in Xiangqi history.

Jia Dan originally comes from LiaoNing Province in Northeastern China and now lives in New York. She is a world championship veteran, having finished third in 2011 and 2013 and second in 2015. Her best ever rating is 2250, almost 300 points lower than Tang Dan’s best ever rating of 2546. 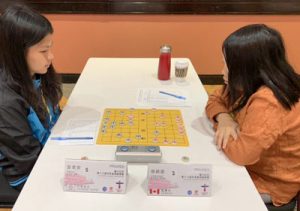 Cheung Wing Yan of Richmond BC (R) vs. Peng Jou An of Taipei

And that was it. For the next 22 years, all the winners came from China.

Canada was represented at both the Delson Cup and the Prored world championships by Cheung Wing Yan of Richmond BC. Although she didn’t win any games, she was thrilled by the experience. On WeChat, she told me: “I am still feeling excited and happy that I could participate in this world tournament so that I can learn from other top players from around the world.” She paid tribute to her family, coach and friends, and said “I have gained experience and I have learned focus… This will certainly be one of the most precious gifts in my life to become a better and stronger person in the future.”

Her words received many thumbs up from other participants, and reminded me of how I felt when I was learning to play Xiangqi. 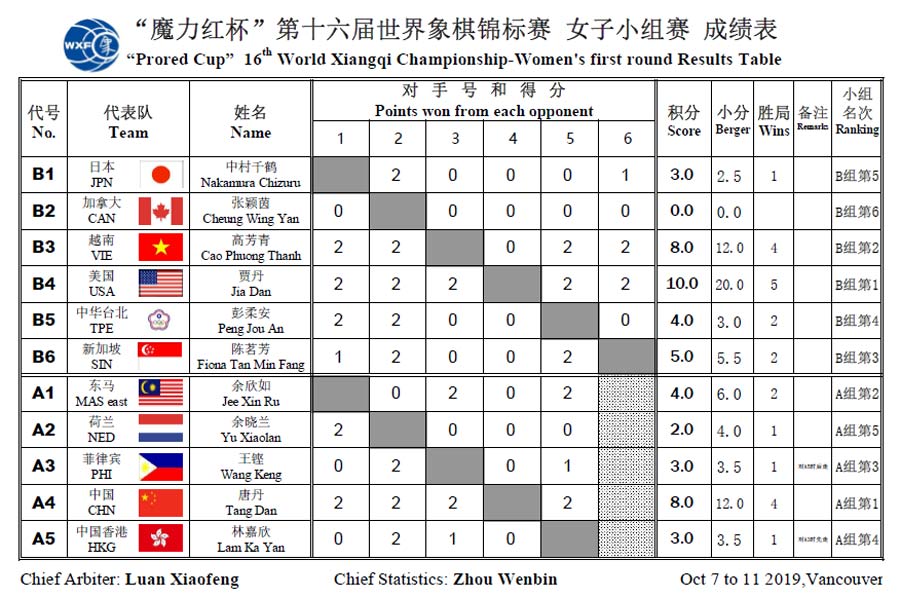 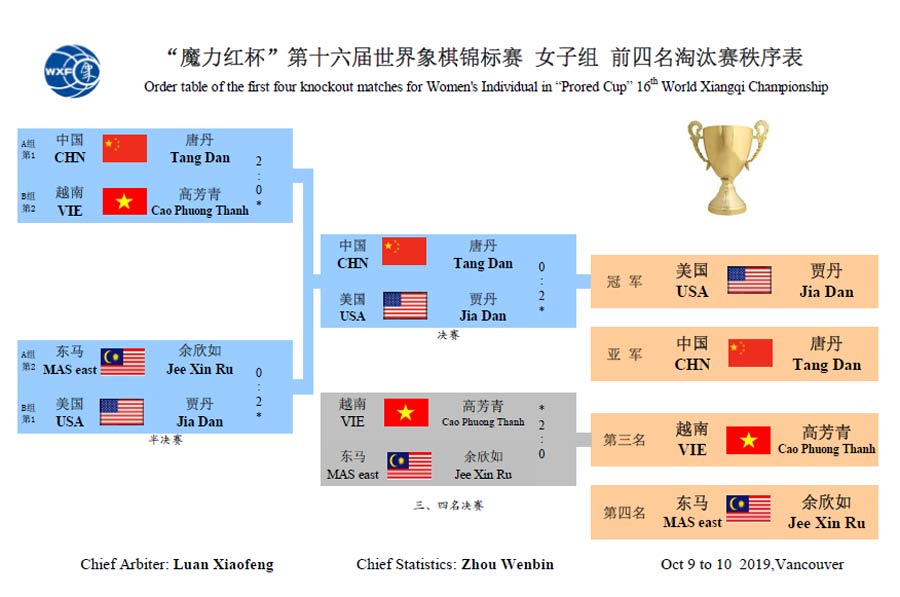