These results capped an organizational tour de force by the Canadian Xiangqi Federation and the Vancouver Xiangqi Association, who staged no less than nine international tournaments in eight days. 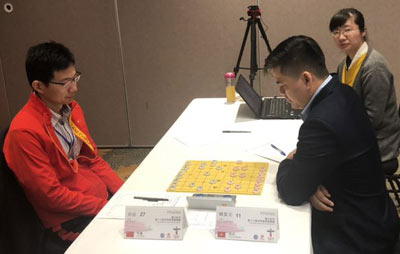 The world championship was won by Grandmaster Xu Chao of Jiangsu Province, the 2017 Chinese champion. The world women’s championship produced an upset victory by Jia Dan of the US, and is described in a separate post. 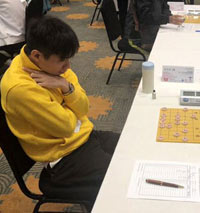 Wong Hok Him of Hong Kong

Xu went undefeated, winning six games and drawing three for a total of 15 points. The Swiss system (the time control was 60 minutes for the full game plus 30 second increments for each move) was slightly altered to create a crowd-pleasing final round show-down between the players in first and second place. At stake was US$7,500  for the winner and $4,500 for the loser. Xu got the red pieces and beat Wong Hok Him of Hong Kong, who he had already beaten in Round Four.

The tournament’s geatest game was neither of these but the game that Wong Hok Him won to earn his chance to play for the title. In Round Eight he upset Grandmaster Wang Yang of Hubei Province, the 2018 Chinese champion, after a 103 move slugfest during which both sides had to combine attack and defence. The Chinese grandmaster won a piece but allowed one of his own pieces to be blockaded and he eventually abandoned it. He later scattered Wong’s defenders, but as his pieces closed in, he was unable to prevent a winning attack by horse, cannon and pawn. 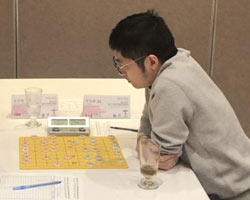 Peter Sung, the founder of the Toronto Xiangqi Association and a former top player, told me, “The Hong Kong player (who was playing Red) had a “big advantage, but later less and less. Eventually he even lost a piece to the GM… It was so complicated, just like puzzle. But he played beautifully and even won the game.”

Sung described Wong’s second place finish as, “a little bit surprising but not that surprising.. He has the level.” He pointed out that before this tournament, Wong drew against Wang Tianyi, China’s top player, in the Asian Xiangqi Championships.

Sung took the job of making the games of the two senior tournaments available online after each round. They can be found on the World Xiangqi Federation website, including the above mentioned games: GM Xu’s Round Four victory over Wong Hok Him (“mr4t1” at top left), Xu’s final round victory, and Wong’s defeat of Wang Yang (“MR8T2” top right).

Chen Hongsheng of Toronto and Lai Ly Huynh of Vietnam both finished with 13 points. Chen’s Buchholz tie-break score gave him third place and US$3,000, Canada’s best result ever. Chen and Lai both actually finished a point ahead of Wong Hok Him, who had been guaranteed second place. Wang Yang could do no better than fifth place.

This did not prevent China from, as always, winning the team title (which is based on teams of two players). Hong Kong took second, followed by Vietnam, Philippines and Canada. 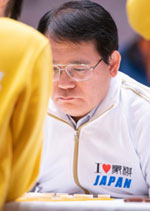 Chen Hongsheng came to Canada as one of China’s top players, and has the right to represent both countries. In 2018, he played for the Canadian team that won the Elite Cup team tournament in Markham. That same year, he finished second in the Chinese championship after losing the final match to Wang Yang. If he had won that match, he would have represented China in the world championships and not Toronto.

When I asked Peter Sung, to evaluate Chen’s performance, he said, “We are satisfied.” He pointed out that Chen had a poor start, and that drawing four games in a row is like losing two games. “I thought then, we don’t have a chance,” he told me, but then Chen showed his strength by beating three strong players and drawing against the tournament winner in his last four games. 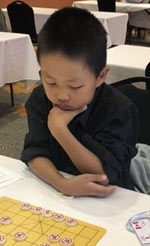 Chen’s team-mate, many-time Toronto champion Wang Weiqiang, was well positioned after seven rounds, but lost his last two games and wound up in 34th place. “Not on his level,” said Sung, who pointed out that Wang had a better score in the 2015 world championships in Munich.

The world championships include a Non-Chinese/Vietnamese division for players from countries where Xiangqi is not played traditionally. In Vancouver, Shoshi Kazuharu of Japan, who has a distinguished record against strong opposition, won this division for the fifth time along with a prize of $4,500. Kazuharu beat me in the 1999 World Championships, and told me afterwards that he is a professional player of Shogi (Japanese chess). 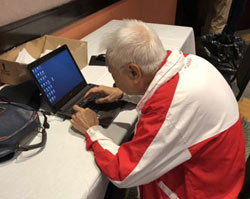 During the closing ceremonies, lifetime achievement awards were given to Peter Sung, and to Lee Chee Hoi of Hong Kong, who is known for his effort in developing the Asian Xiangqi Federation’s Asian rules that are used at tournaments outside of China. 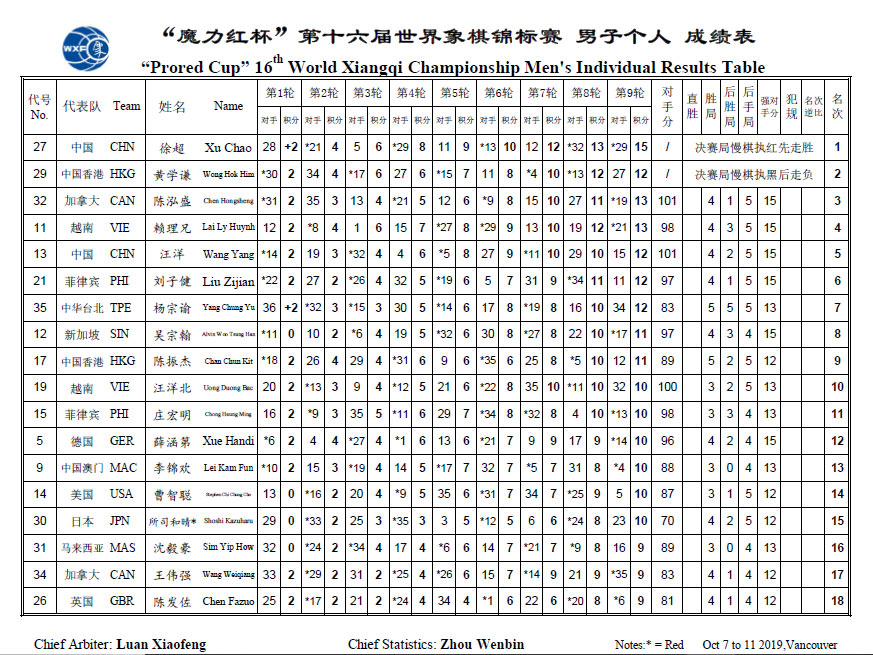 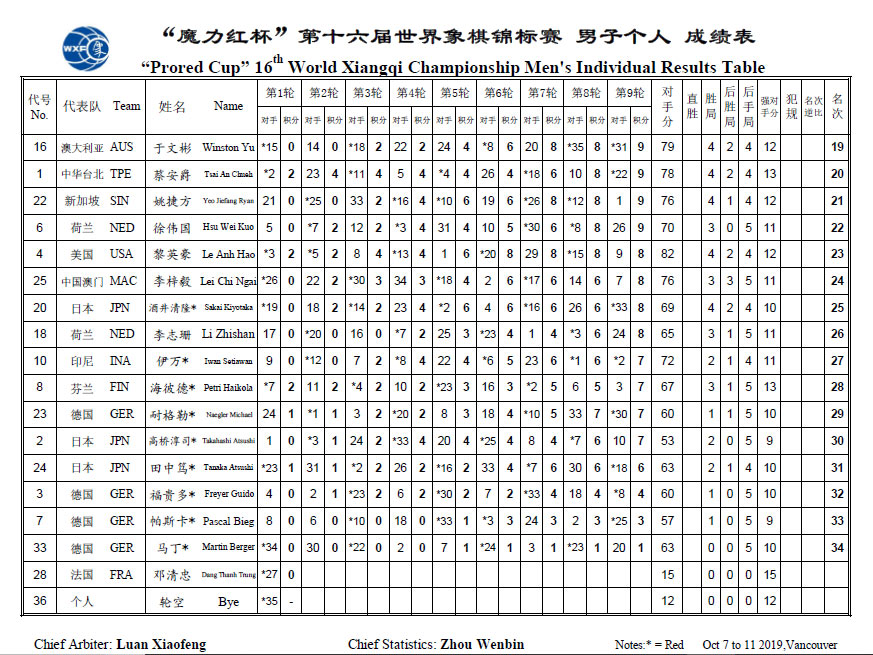