I’m Elton Yuen, President of the TXA. We are member of the World Xiangqi Federation (WXF). Together with the TXA Executive Committee, we organize the TXA’s activities, and manage our relations with other Xiangqi Associations around the world. 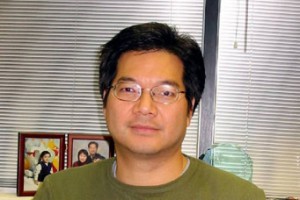 Our club is open to anyone interested in Chinese chess. We welcome beginners, from inside and outside the Oriental community. Although our game originated in China, we are a very international club. Our members come from Hong Kong, Vietnam, Taiwan, and China. A native-born Canadian, Bill Brydon, is the webmaster for this site.

Much of our club’s history revolves around team play. Our club was originally based on a core group of strong players from Hong Kong, China and Taiwan, who developed hot rivalries with New York, and clubs in other Canadian cities. These players include former Toronto champions, Steve Wong, Stephen Fung, Paul Ng and Peter Sung. I played on these teams as well.

During this period, the competitive scene got tougher, but our team got better. Former Chinese woman’s champion, Huang YuYing, gave us perhaps our proudest moment when she won the World Woman’s Champion in the 1995 World Cup in Singapore and gained her International Grand Master title. Huang also led Canada to victory in the first international Internet team tournament in 1996.

Other strong players who joined us during the 1990s included Lo Ban, a former Hanoi champion, Lu LiangCheng, a former star from Taiwan, and Nguyen Phuc, who went from being a cafe veteran to one of Canada’s top players. Phuc won the 1997, 1998, 1999 and 2001 Toronto championships, and became an International Master at the 1997 World Cup in Hong Kong.

Between 1993 and 2006, Toronto won no less than six Canadian championships. We retired and got to keep two trophies by winning them three times each. The individual Canadian championship was more elusive, but in 2002, Huang Yuying shared it with Calgary’s Wang JingYuan as part of Wang’s remarkable streak of four straight individual titles.

Visits by the world’s best players

The TXA has been visited by many of China’s strongest players. During every visit, we organize a public demonstration, and post a report on the home page. In October 1998, our guests were grandmaster, Tao HanMing, and renowned women’s players, Zheng GuoFeng and Gao Hua. As a result of these visits, most of China’s greatest players are honorary councilors to our club.

Unfortunately, beginning in 2000, the Chinese players were rejected for Visitor Visas several times by the Canadian Embassy in Beijing. For years we worked very hard with the other Canadian Clubs to try to resume these visits. In 2012, the grandmasters were finally allowed to return, and we staged two wonderful events in Markham.

We work closely with Scarborough Seniors Chess Club, which is open to anyone not just Seniors. Our mandate is to welcome all Xiangqi players, and to help anyone who wants to learn. If you have any questions, please contact us. We’ll do what we can.